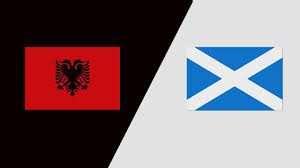 Albania welcomes Scotland in a match from Group 1 of League C of the UEFA Nations League. Let’s take a look at this game, because it looks important for the final outcome in this group.

Both teams are currently having the same amount of points in this group – 3. Scotland are second, while Albania are third. You can see that some things could change here, depending on the result. If Albania wins, they will go up to 2nd place. If Scotland draws or wins, they will remain ahead of their next opponent.

Albania started their campaign with a 1-0 win over Israel, but in the next two matches Christian Panucci’s team suffered two consecutive defeats against Scotland and Israel.

When these two teams met for a first time in this group, this happened in Glasgow on September 10. Scotland won easily with 2-0, thanks to an own goal from Berat Djimsiti and a goal from Steven Naismith. Now the Albanian team is preparing for a second round. This time – with the idea to do better against the Brits.

Scotland are having a game in hand, compared to Israel and Albania. They have played just 2 games so far. They started with the beforementioned win over Albania, but in their second game the Brits suffered a 1-2 loss during the visit to Israel. Charles Mulgrew opened the score for Scotland via a penalty kick, but Israel turned the game around with goals from Dor Peretz and an own goal from Kieran Tierney.

Both teams have chances to finish first in this group and win a promotion for League B of the competition. That’s why both teams will try to win, that’s out of question. It’s always hard to play on Albanian soil, but Scotland already beat once this team.