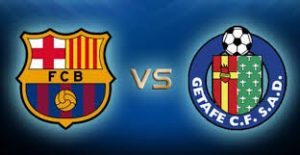 The champion Barcelona welcomes Getafe in a game from the 37th round of the Spanish La Liga at the Camp Nou in the Catalan capital. Let’s take a look.

For Barca this game comes just few days after the humilating 0-4 loss against Liverpool at the Anfield in the Champions League. Ernesto Valverde’s team offered a pure disaster to its fans, being unable to use its three goals advantage from the first match. It’d be interesting to see how Barcelona’s fans will react to this loss during the game against Getafe.

For Barcelona this game does not offer any meaning at all. Los Cules already won the title in La Liga, so now they are just finishing their season, preparing for the Copa del Rey final. But one shall think that the Catalans would like to redeem themselves a little bit in front of the fans for what happened against Liverpool 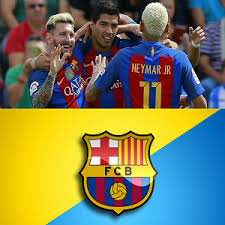 In this game Barca will be without the Uruguayan striker Luis Suarez, who will miss the remaining games until the end of the season.

For Getafe this game is much more important. The team is fighting for a Champions League qualification, currently being 4th in the standings with 58 points, having 3 points advantage in front of Valencia and Sevilla. The visitors will be really motivated in this game at the Camp Nou, knowing that every point won is going to be crucial for them.

In their last five games in La Liga Getafe won twice, made two draws and suffered one loss. In their last game Jose Bordalas’ boys faced Girona at home and achieved a 2-0 win, thanks to goals from Jorge Molina and Angel. Now Getafe continue to dream about a Champions League qualification. It’d be a historical achievement for them.

That’s what we had to say about the La Liga fixture between Barcelona and Getafe at the Camp Nou on Sunday. Good luck!