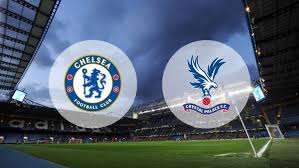 Chelsea hosts Crystal Palace in a match from the 11th round of the English Premier League. Let’s take a look at this clash at the Stamford Bridge in London.

Chelsea are among the title contenders in the league this season. The Blues are currently 3rd in the league standings with 24 points, but just 2 points behind the leaders Manchester City and Liverpool. Chelsea won 7 of their matches so far and also made 3 draws – all 3 of them in their last 5 games.

In their last match Chelsea enjoyed an exciting 4-0 win during the visit to Burnley. Alvaro Morata, Ross Barkley, Willian and Ruben Loftus-Cheek scored for Maurizio Sarri’s team at the Turf Moor.

During the week Chelsea enjoyed a win in the League Cup, beating Frank Lampard’s Derby County at home.

Crystal Palace are 14th in the Premier League with 8 points won so far. The club’s record shows 2 wins, 2 draws and 6 defeats so far. The Londoners are without a win in their last five matches.

In their last fixture Roy Hodgson’s boys made a 2-2 draw against Arsenal at the Selhurst Park. Both goals for Palace were scored by Luka Milivojevic, one of them – via a penalty kick.

Chelsea look much better this season, compared to the previous one. It was a tough second campaign for Antonio Conte, who was replaced by his countryman Maurizio Sarri. Now once again the team is looking like a contender for the gold medals, but it won’t be an easy fight for the crown.

That’s what we had to say about the Premier League clash between Chelsea and Crystal Palace at the Stamford Bridge. It won’t be easy for Palace, because Chelse are performing in a dominant way under the management of Sarri. Can they cause an upset?