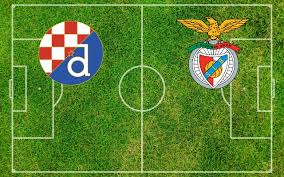 Dinamo Zagreb welcomes Benfica in a first game from the 1/8-finals of Europa League. Let’s examine this clash in the Croatian capital.

The Croatian champion reached the 1/8-finals of the competition after eliminating Viktoria Pilzen in the previous round. Dinamo lost the first game against the Czech side with 1-2 in Pilzen, but in Zagreb they celebrated a terrific 3-0 win. Mislav Orsic, Emir Dilaver and Bruno Petkovic scored for Nenad Bjelica’s team, which played one of its best games for the season.

Dinamo Zagreb are having a very successful season so far. The team is going to win the Croatian league once again, having 14 points advantage in front of the 2nd Rijeka. In 23 games played in the Croatian 1. HNL this season, Dinamo have suffered only one defeat. If they manage to eliminate Benfica and reach the Europa League 1/4-finals, this season is really going to be incredible for them.

Speaking of Benfica, the Portuguese giants reached this phase of Europa League beating Galatasaray in the previous round. The Eagles from Lisboa won the first game in Turkey with 2-1, thanks to goals from Salvio and Haris Seferovic. After a 0-0 draw in Lisboa, Benfica qualified for the 1/8-finals of the competition.

Benfica are entering this game in a high mood. During the weekend the Eagles overtook Porto at the top position of Primeira Liga, after beating the Dragons with 2-1 at the Estadio Do Dragao. Adrian opened the score for Porto, but Benfica turned the game around with goals from Joao Felix and Rafa Silva.

Benfica are the obvious favourite against Dinamo Zagreb in this first 1/8-final leg between these two sides. But be careful, because Dinamo are a team which have a lot of quality to offer.