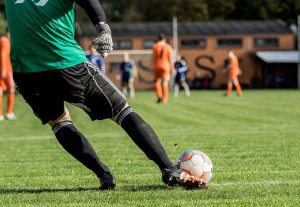 Everton hosts Wolverhampton Wanderers in a match from the fourth round of the Premier League. Now is the moment to take a look at this fixture at the Goodison Park, because it promises to be really interesting.

Everton started the new season a little bit inconsistent, recording one win, one draw and one defeat in the first three rounds. The Toffees conceded their first loss for the season last week when they travelled to the Villa Park in Birmingham.

Aston Villa did better in this game and they won it with 2-0. Wesley opened the score after an assist from Jota Peleteiro, while in the last seconds of the match Anwar El Ghazi decided everything in favour of the hosts.

Once again Everton started the new season with high ambitions, but just like they did before, they are struggling to find consistency in their results. The manager Marco Silva recieved a second chance to impress by the club’s board, but so far he’s not convincing the fans that he’s the right man for the job.

Wolverhampton Wanderers on the other hand started the new season with three consecutive draws in the first three rounds. In their last game the Wolves shared the points with Burnley for a 1-1 draw at the Molineux. Nuno Santo’s team almost lost the game, but Raul Jimenez scored an equalising goal in the last seconds of the match.

Here’s the moment to remind you that Wolves had a match against Torino in Europa League on Thursday, so this could affect the players’ fitness for the visit to Everton. Most likely Nuno Santo will make some changes in his line-up, looking for some freshness.

It’s going to be a competitive game between Everton and Wolverhampton Wanderers on Sunday. Both teams have some good quality, so neither one of them will give up the points easily.