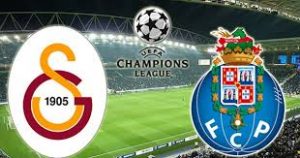 Galatasaray hosts Porto in a game from Group D of the UEFA Champions League. We are about to take a look at this clash in the beautiful city of Istanbul.

Galatasaray lost their chances to finish 2nd in the group, so progression to the 1/8-finals is now out of question for the Turkish club. But they still have what to play for. Right now Galatasaray are just one point ahead of the 4th Lokomotiv Moscow, so now Fatih Terim’s side will fight for the 3rd place and qualification for Europa League.

So far the Turkish club have a record of 1 win, 1 draw and 3 losses since the beginning of the campaign. They lost their chances for the 2nd place in the last round, when they suffered a 0-2 defeat during the visit to Lokomotiv in Moscow. It was a bad game for the Turks, who lost the match after an own goal from Ryan Donk and a second goal from Vladislav Ignatyev. In their last four games in this group, Galatasaray have won just one point.

Porto on the other hand already won this group. The Portuguese giants are having 13 points won so far and a near perfect record of 4 wins and 1 draw. There’s a little doubt that the Dragons are the best team in this group and they proved it with their performance.

Porto started their participation in the group with a draw against Schalke 04, but in the next four matches Sergio Conceicao’s boys achieved wins.

In their last match the Dragons enjoyed a 3-1 win over Schalke 04 at home. Eder Militao, Jesus Corona and Moussa Marega scored for the winning side, while Nabil Bentaleb scored Porto’s only goal in the game.

That’s what we had to say about the Champions League clash between Galatasaray and Porto.