Hoffenheim welcomes RB Leipzig in a game from the 6th round of the German Bundesliga. Let’s see what’s going on with these two teams in the last few weeks.

Hoffenheim are currently 9th in the Bundesliga standings with 7 points won and a record of 2 wins, 1 draw and 2 defeats. In the previous round Hoffe enjoyed their second win for the season, beating Hannover 96 with 3-1 away from home. Joshua Brenet, Pavel Kaderabek and Ishak Belfodil scored the goals for Julian Nagelsmann’s team. Before this win, Hoffenheim won just a point in their previous two matches against Fortuna Dusseldorf and Borussia Dortmund.

Last season Hoffenheim finished in the Top 4 of the Bundesliga and qualified for the Champions League. Now the goal in front of them is to do something similar to this. They have one of the most talented young managers in the world and they are a very interesting team to watch.

RB Leipzig are unbeaten in their last 4 matches in the Bundesliga, winning two of them. Ralf Rangnick’s team achieved its second win for the season in the previous round, beating Stuttgart with 2-0 at home. Willi Orban and Jean Kevin Augustin scored the two goals for the winning team. This win allowed Leipzig to go up to 8th place in the league standings, being on just 2 points behind the 4th Hertha and the Top 4. 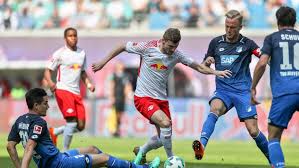 Hoffenheim can’t rely on the injured Nadiem Amiri, Lukas Rupp and Dennis Geiger, while Kerem Demirbay and Benjamin Hubner are doubtful for the next game.

RB Leipzig could be without Marcelo Saracchi and Lucas Klostermann, who are still doubtful because of their injuries.

This is our examination of the Bundesliga clash between Hoffenheim and RB Leipzig. Whatever you have decided about this one, we wish you good luck.