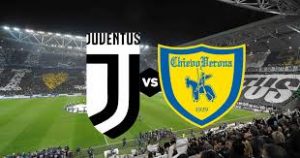 The champion Juventus host Chievo in a game from the 20th round of the Italian Serie A. Let’s see what’s going on with these two teams lately.

Nobody is going to be surprised, but Juve are leading the Serie A standings with 53 points won so far. The Bianconeri are still unbeaten, having a record of 17 wins and 2 draws. They are the best team in the country once again and most surely they are going to win the title for another year.

In their last five games Juventus won four times and only lost points during the draw with Atalanta in Bergamo. In their last game in the league the Old Lady won with 2-1 against Sampdoria, thanks to two goals from Cristiano Ronaldo.

During the week Juventus won another trophy. The Bianconeri faced Milan for the Italian Super Cup and achieved a 1-0 win. Who do you think scored the winning goal in the match? Cristiano Ronaldo, of course. For the Portuguese super star this was a first trophy with the shirt of his new team.

Meanwhile Chievo are at the bottom of the standings in the Serie A, being 20th with just 8 points won so far. The Flying Donkeys started the season with minus 3 points. Their record in the leauge so far shows 1 win, 8 draws and 10 losses – certainly not good enough for a team which wants to survive.

In their last five games Chievo won only once – in the previous round, when they beat Frosinone at home. It was their first win for the season. The only goal in the game was scored by Emanuele Giaccherini in the second half of the match.

That’s our look at the Serie A fixture between Juventus and Chievo at the Allianz Stadium in Turin.