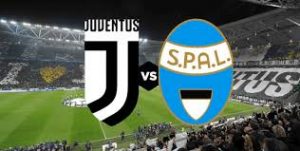 The champion Juventus welcomes SPAL in a match from the 13th round of the Italian Serie A. Let’s head out to Turin and examine this clash on Saturday evening.

Juventus are, unsurprisingly, leading the standings in the league. The Old Lady are first with 34 points and a record of 11 wins and 1 draw. So far they are the only unbeaten team since the start of the season. And of course they are the number one favourite for the gold medals once again.

In their last five matches Juventus won four of them, losing points only during the surprising 1-1 draw at home against Genoa. Since then, Max Allegri’s team enjoyed three consecutive wins over Empoli, Cagliari and Milan.

In the last round Juve visited the legendary Stadio San Siro to meet Milan. Mario Mandzukic and Cristiano Ronaldo scored for the champions to ensure that they will win the game. Right now Juventus are 6 points ahead of the second Napoli, being in an excellent position to defend their title.

Juventus’ main goal this season is winning the Champions League, but it doesn’t mean that the Bianconeri will leave the Serie A behind. We see from their performances so far that Juve are as good as ever, dominating the league.

These are our thoughts about the Serie A game between Juventus and SPAL at the Allianz Stadium in Turin. It’s clear the the champions are the favourites here, so let’s see how they are going to do.