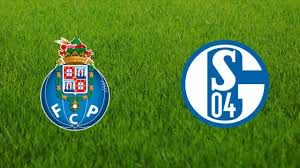 Porto hosts Schalke 04 in a match from Group D of the Champions League. Let’s take a look at this clash at the Estadio Do Dragao in the beautiful city of Porto.

In their last match in the group Porto achieved a 4-1 win over Lokomotiv Moscow at the Do Dragao. Hector Herrera, Moussa Marega, Jesus Corona and Otavinho scored for Sergio Conceicao’s team.

These two teams already met once at the Veltins-Arena, where they made a 1-1 draw. Breel Embolo opened the score for the Royal Blues, but Otavinho equalized for Porto.

Schalke 04 on the other hand are 2nd in the group with 8 points and a record of 2 wins and 2 draws. Just like Porto, the German team is still unbeaten in this group, trailing on just 2 points behind the current leader.

Both teams are engaged in a fight for the first place in the group. The leadership could be changed if Schalke managed to pull out a win at the Do Dragao. Meanwhile for Porto even the draw would be a good strategical result, but you can be sure that they will aim to win.

These are our thoughts about the Champions League clash between Porto and Schalke 04 at the Estadio Do Dragao. Will we have a different leader in this group after this game? Or Porto will guarantee themselves the first place before the final round of the group stage? Let’s wait and see.