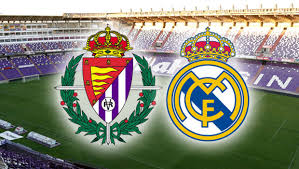 Real Valladolid welcomes Real Madrid in a match from the 27th round of the Spanish La Liga. Here are our thoughts about this game on Sunday night. Let’s see.

In a matter of just one week, Real Madrid lost just everything. First they were kicked out from Copa del Rey from Barcelona, then they lost once again from the Catalans in La Liga. Then it came the nightmare against Ajax in the Champions League and the humilating 1-4 defeat at the Santiago Bernabeu from the Dutch side. It’s just the beginning of March, but Madrid don’t have anything to fight for anymore.

Right now Real Madrid are 3rd in La Liga with 48 points, trailing on 12 points behind the leader Barcelona. How you can see, it’s really a long stretch to talk about Madrid possibly winning the title. They are also 5 points behind the 2nd Atletico Madrid and maybe this is a more realistic goal for them.

We know that the manager Santiago Solari won’t lead the team next season. The question is – will he finish it? We shall wait few more days to understand this.

Real Valladolid on the other hand are 16th in La Liga with 26 points won so far. They have a record of 6 wins, 8 draws and 12 defeats since the start of the campaign. In their last five games in La Liga Valladolid are really bad – one draw and four defeats.

In their last match Real Valladolid suffered a 1-3 loss during the visit to Espanyol in Barcelona. Ruben Alcaraz scored for the visiting team, but Espanyol clinched the win with goals from Borja Iglesias, Mario Hermoso and the Chinese signing Wu Lei.

That’s what we had to say about the La Liga clash between Real Valladolid and Real Madrid on Sunday.