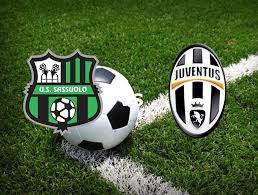 Sassuolo welcomes the champion Juventus in a match from the 23th round of the Serie A. Let’s have a look at this fixture.

Sassuolo are currently 11th in the Calcio with 30 points won and a record of 7 wins, 9 draws and 6 losses. In their last five games Sassuolo won only once – against Cagliari, doing two draws and suffering two defeats.

In their last game Roberto De Zerbi’s boys won a point during the visit to Genoa. The game at the Luigi Ferraris ended with a 1-1 draw. Filip Djuricic opened the score for the visitors, but Genoa equalised with a goal from Antonio Sanabria soon before the halftime break.

Right now Sassuolo are in a pretty comfortable position. Their primary goal is to stay away from relegation, so being in the middle of the standings is really good.

In their last game Juventus lost two points, though. The champions hosted Parma, but only made a 3-3 draw at home. Cristiano Ronaldo scored a brace in Luigi Sepe’s net, but his two goals were not enough for the champions to win. It was really a fantastic game to watch. Juve were very close to win, but Parma’s Gervinho scored an equalising goal in the last seconds.

Despite of being away from home, Juventus are favourites against Sassuolo. Juve will try to seal the league as soon as possibe, so they could concentrate on eventually winning the Champions League.