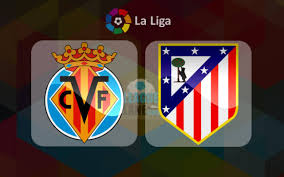 Villarreal welcomes Atletico Madrid in a match from the 9th round of the Spanish La Liga. Let’s take a look at this match and see what’s the situation with these two teams.

Villarreal are not having the most perfect start of the new season. The Yellow Submarine is currently 16th in the league standings with 8 points won and a record of 2 wins, 2 draws and 4 losses. But in the last two matches Villarreal suffered defeats, losing against Real Valladolid and Espanyol.

In the previous round the Yellow Submarine faced Espanyol in Barcelona, but suffered a 1-3 loss at the RCDE Stadium. Toko Ekambi scored for the visiting team, but Espanyol were just better on this day.

Villarreal’s goal is to finish in the Top 6 and to qualify for Europe, but with this kind of performance, it would be pretty hard for them to do it.

Atletico Madrid are 4th in the league right now with 15 points won, being on par with the champion Barcelona. Right now Cholo Simeone’s team is trailing on 2 points behind the surprising leader Deportivo Alaves.

Atletico are unbeaten in their last five games, winning three of them. Including in the last round, when they enjoyed a 1-0 win at home against Real Betis. The hero of the day was Angel Correa, who scored the winner during the second half.

Clearly Atletico Madrid are among the contenders to win the title this season. The doubtful form of Barcelona and Real Madrid are giving Atletico some hopes that they may win the title for a second time under the management of Diego Simeone.

That’s what we had to say about the La Liga clash between Villarreal and Atletico Madrid. We believe that Atletico are favourites here, but it won’t be an easy win for them.