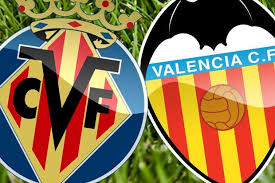 It’s time to see two teams from the same country against each other in Europa League’s knockout phase. This time we will go to Spain, because Villarreal and Valencia meet at the Estadio El Madrigal in a first leg from the 1/4-finals of the competition.

For many people it’s very curious that Villarreal managed to reach this phase of the tournament. Not because they don’t have a good team – they do, but because they are in a serious trouble in La Liga at the moment. Right now the Yellow Submarine is fighting for survival in the Spanish league, so surely Europa League is not their priority at the moment. But they reached the 1/4-finals, so they don’t have a choice now – they have to play.

During the 1/8-finals Villarreal showed their strenght against a very good opponent – Zenit. Javi Calleja’s boys managed to beat the Russian side in both games, which was impressive. After a 3-1 win in Russia, the Spaniards won the second leg as well – this time with 2-1.

It will be very interesting to see how Villarreal are going to approach this game from a psychological point of view. Will they give their all in Europa League? Or they will keep their strenght for La Liga?

As for Valencia, Los Che also had a Russian opponent in the previous round. Marcelino’s team eliminated Krasnodar in the 1/8-finals, although Valencia were just seconds away from leaving the tournament. After a 2-1 win in Spain in the first leg, Los Che were losing the second leg with 0-1 until the 93th minute. Goncalo Guedes was the big hero of the day, scoring the crucial goal for Valencia in the injury time of the game.

Maybe because of Villarreal’s situation in La Liga, Valencia are favourites to beat the Yellow Submarine in this tie. But nothing is guaranteed in European games.